Choosing the Best Compass for You

Choosing the best compass for you depends on what you want to use it for. Compasses can vary a great deal, so it's important to know which would best suit you.

Lensatic vs. Orienteering (Base Plate) Compass 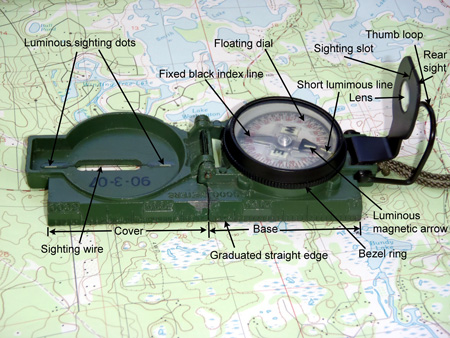 The military lensatic compass comes with either tritium or phosphorescent illumination for night navigation.

Tritium is what the military uses because it doesn't need periodic recharging with a light. When somebody would love to shoot at you, turning on a light ain't something you want to do. Cammenga tritium compasses are a bit over a hundred dollars. They are, however, very durable, made in the U.S.A.

Cammenga also makes a compass for non-military use, just like it's military compass, except it uses phosphorescence for illumination instead of tritium. The advantage? It's cheaper. If you don't need all-night illumination, then this could be a good option.

When buying a Cammenga, they offer you the option of Northern Hemisphere or Southern Hemisphere. The reason is that a compass has what's called magnetic dip. The earth's magnetic pull wants to pull one end of the needle down. In the northern hemisphere, it pulls the needle's north end down. In the southern hemisphere, it pulls the south end down. Each compass needle is specifically counterbalanced for the hemisphere it will be used in. Be sure to buy one balanced for your hemisphere. 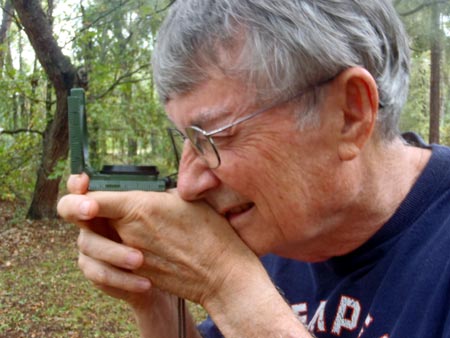 The lensatic compass has a sighting wire for "shooting azimuths" as accurately as possible. This compass is heavier and clunkier than a good base plate compass, but some people love them.

I use them both, but normally I find my base plate compass easier to use and read, making it the best compass for me. It's a personal preference. Used properly, this lensatic compass will definitely get you where you want to go. Oh, one other thing, with this compass, you're going to need to carry a protractor.

Orienteering (or Base Plate) Compass 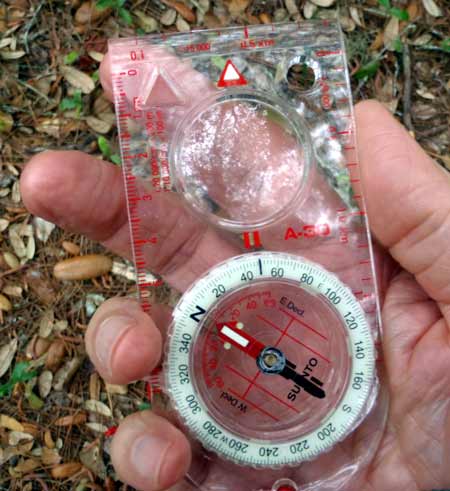 The Orienteering, or Base Plate, Compass

The orienteering, or base plate, compass has the advantage of being a compass and protractor rolled into one. Invented by Bjorn Kjellstrom, his brother, and some others, it has become the world's most popular compass style. Kjellstrom introduced the sport of orienteering to the USA in 1946.

Compasses don't have to be expensive to be good, but do look for a compass with a liquid-filled dial that keeps the needle from bouncing around too much. Don't buy a compass with bubbles in the housing. That means some of the liquid has leaked out. The compass dial should turn freely, but not too freely.

Be sure the dial goes clockwise from 0 to 360 degrees. Some compasses are set up differently. Avoid those unless that's specifically what you want.

Some of the pricier compasses have a declination adjustment, which means you can "set it and forget it" when it comes to adjusting for declination. Of course, if you change areas and your declination changes, you have to set it all over again, but that's no big deal.

Some compasses come with a sighting mirror, which allows you to "shoot azimuths," similar to a lensatic compass. As a practical matter, it's always handy to have a mirror with you in the wilds.

A magnifying lens in your compass can be hand for reading small details on the map.

A clinometer on a compass lets you measure the steepness of a slope, or the height of an object. Folks in avalanche country might like this. Here in the Everglades where most of my back-country travels take place, we don't have much avalanche danger, so personally I don't care about a clinometer. If I lived in the Rocky Mountains, I could probably find a use for it.

When choosing the best compass for you, consider the scales you'll need. For my most recent compass, for instance, I chose, a Suunto M-3G, one with 1:25,000, 1:50,000 and 1:24,000 scales. Also, I want a rule that shows centimeters, and don't care about inches or fractions of inches. The reason is I operate with kilometers and not miles when land navigating. The map's UTM grid measures kilometers, not miles. I don't care about miles--it's meters and kilometers for me.

One other thing I like about the Suunto M-3G is that it has a "global" needle. This means it is balanced so that it will work fine in both the Northern and Southern Hemispheres.

Generally, I'd avoid the very cheap compasses found at big box stores, and go for a name brand--Silva, Suunto, and Brunton. You'll probably spend somewhere between $25 and $100 for a good compass. If it costs $8, I'd be leery of it.

Where to Buy a Compass

Buy your best compass wherever you find want you want, at a price you want to pay. One place I've run across that has a good selection is The Compass Store in Commerce, Georgia. They seem to sell just about everything to do with compasses. At this point, I'm not affiliated with them, but I'm glad I ran across them. Check them out. If you call, and talk to Jay, tell him Reid and Land-Navigation.com sent you.

Return from Best Compass to Home