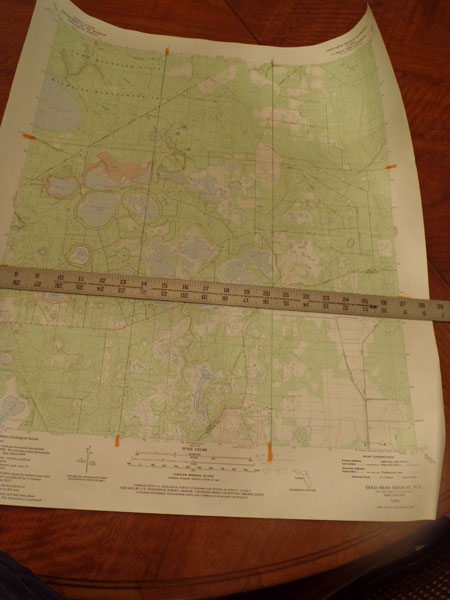 USGS topo maps use a two-dimensional surface to depict a three-dimensional view of the earth’s surface. By use of contour lines, a flat sheet of paper can be made to depict the elevation and relief of the earth’s topography. FYI...Section 2 of my online video-based land-navigation course covers in detail how to understand and use topo maps.

A good map which accurately depicts the terrain is the most important tool a land navigator can have. Through the technique of terrain association—that is, matching the terrain to the map, and the map to the terrain—a navigator can find a path to the desired destination.

The amount of space encompassed by the longitude lines varies, since these meridians of longitude get closer together as you go from the equator toward each pole.

Information in the Map's Margin

The map's margin provides lots of useful information to help you make sense of the map itself:

The Map Date -- The year the map was made. 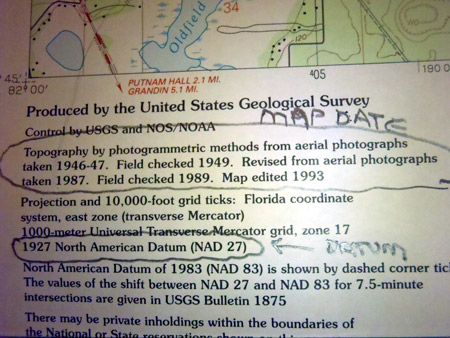 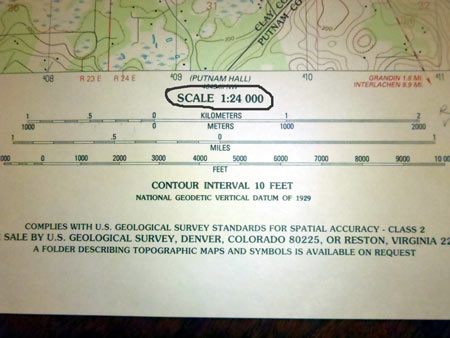 There are other scales, but the 1:24,000 is the most popular for USGS topo maps. These are called “large scale” maps because they show a large amount of detail. Small scale maps show less detail, but encompass a broader area. 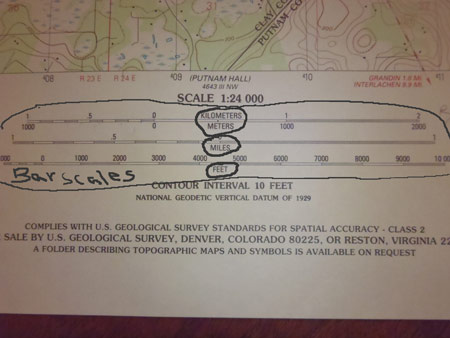 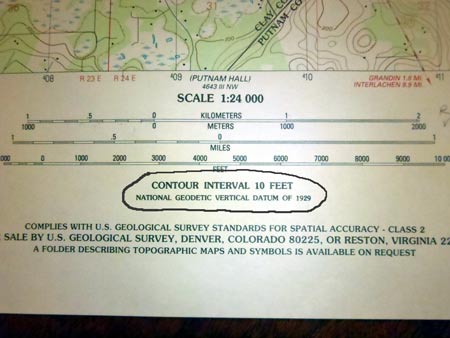 Declination Diagram -- Shows the difference between: 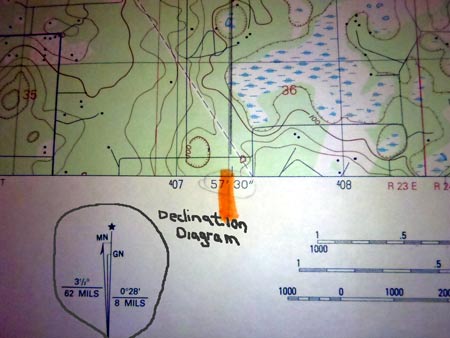 Adjacent Maps -- The names of the next maps over in the series. 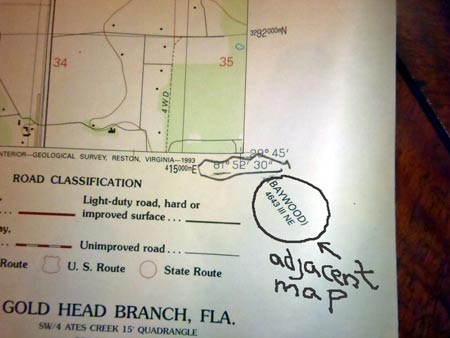 Legend -- Explains what the map's symbols means. Here is a complete list of map symbols.

The map’s datum is a technical cartography thing, and refers to the originating points of the map’s grid lines--whether the grid be latitude and longitude, Universal Transverse Mercator grid, or the Military Grid Reference System.

If you run across a datum called the World Geodetic Survey of 1984 (WGS 84), it is interchangeable with NAD 83.

It’s important to get the datum correct when stating map coordinates. Two people using maps with different datums, can’t expect their maps' coordinates to match up exactly. There could be several hundred meters of difference between them.

Where to Get Topo Maps

You can buy USGS topo maps at certain stores or outfitters. Or you can order them directly from USGS.

USGS topo maps are fine, but sometimes I have to buy several of them to cover the area in which I'll be. That's when a custom-made map comes in handy. I've found Montana-based MyTopo to be an excellent source for custom-made maps. You can have them make a map of the area you want, with the scale you want, and the grid you want. If you want, for example, a 1:25,000 scale map with the UTM grid, they can make it. You can then use the military protractor/plotter with the map. It's the handiest and best map tool I've found. And one nice thing about the 1:25,000 maps is that 4 centimeters equals one kilometer. That's handy for measuring. Of course, you can also order 1:24,000-scale maps if you so choose. And a MyTopo map can be waterproof if that's what you want. That's a pretty handy feature in the wilds, in the rain, when maps tend to get wet and fall apart.

Land-Navigation is an affiliate of MyTopo because it's a high-quality site that I trust. I might make a dollar or two if you buy a map through them, but they've been a trusted map source for me, and I think you'll like them too. To create your own custom-made map, just start here: