A USGS 7.5 quad topographical map, for instance, has a scale of 1:24,000, meaning that any given distance on the map equals 24,000 times that distance on the terrain. That map distance is often some convenient unit of measure, such as an inch or a centimeter.

US Military Maps and many Canadian and European maps use a scale of 1:25,000.

Large scale maps show more detail and less area. They provide a "zoomed in" view of the terrain.

Small scale maps show less detail, but more area. They provide a "zoomed out" view of the terrain.

It's easy to confuse large scale vs. small scale, but thinking of zoomed in vs. zoomed out should help you keep them straight.

Measuring straight-line distances on a map is easy. Just find the map distance with a ruler or other straight edge, then compare that distance to one of the map's three bar scales--either the kilometers scale, the statute miles scale, or the nautical miles scale.

When looking at each bar scale, look for the primary scale and the extension scale.

The extension scale is to the left of the primary scale, and is used for measuring fractions of units. 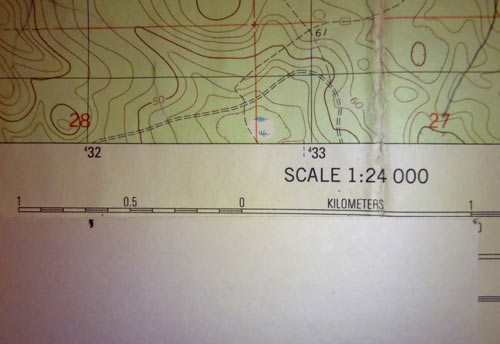 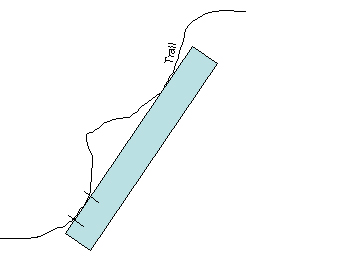 Next, turn the paper's straight edge to match it up as nearly as possible with some next trail distance that can be reasonably measured with a straight edge. Now, make new tick marks along this second section measured. 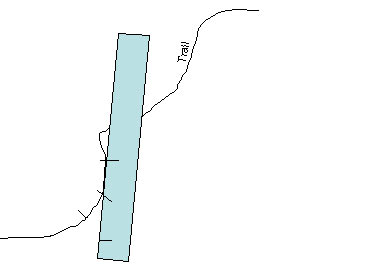 Do the same thing with a third section of the trail, followed by as many small fairly straight sections as you wish to measure, as long as the total measurements don't exceed your paper's length. 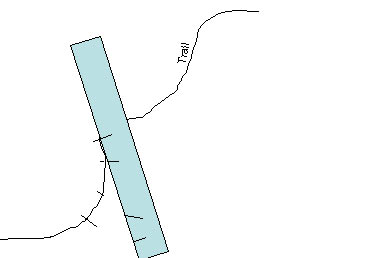 Finally, compare the distance from the first to the final tick mark against the map's bar scale to get the actual distance between the two map points.

Return from Map Scale to Home