LZ Bingo is the story of 21-year-old infantry Sergeant William K. (Bill) Boe, and his fight for survival in Vietnam.

In 1967-68 Bill was in Vietnam, attached to Second Platoon, Delta Company, 1st Battalion, 14th Infantry, 3rd Brigade Task Force, 4th Infantry Division. Twice wounded during his one year tour of duty, he endured some of the war's hottest moments, including the Tet offensive. He served honorably, facing an onslaught of bullets, mortars, rockets, land mines, and hand grenades.

LZ Bingo depicts Bill’s experience in the form of a novel, but this isn’t fiction. What’s portrayed here actually happened.

Through this book's pages, the reader vicariously experiences the day-to-day life and challenges of an American ground-pounding infantryman in Vietnam. Bill's story is the story of many young men who served in Vietnam during that time. The places they were stationed might have been different, but their experiences likely had a lot in common. 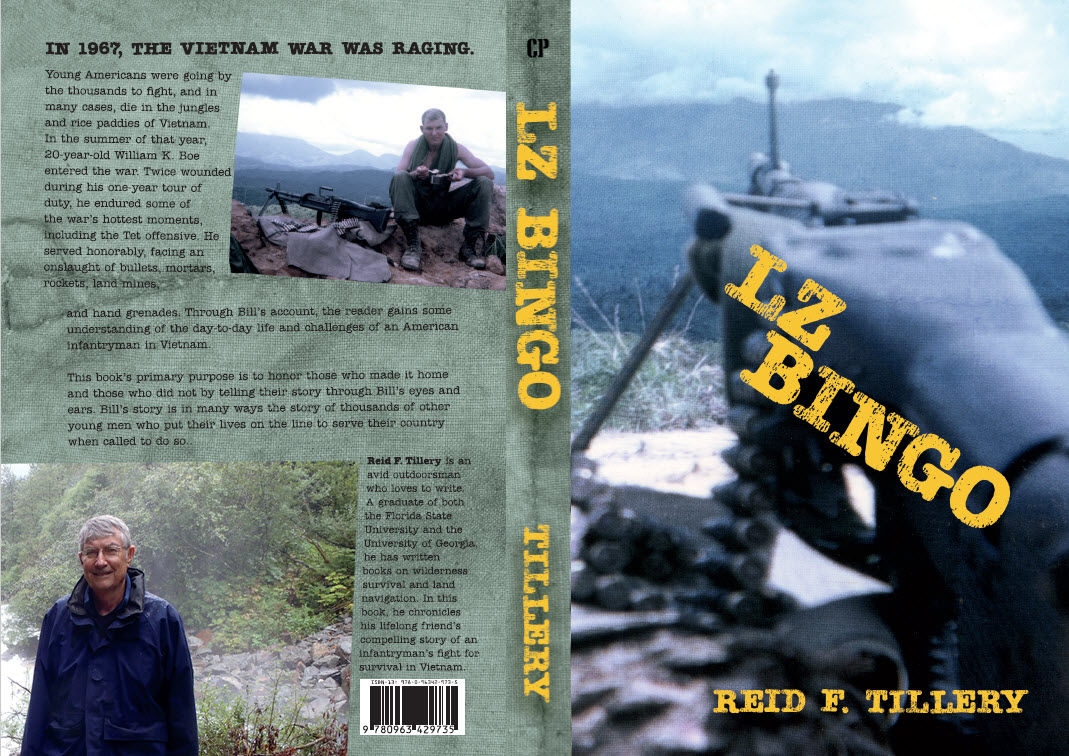 This book's main purpose is to honor the good men who served with Bill, both those who made it home, and those who did not. They put their lives on the line because their country asked them to. There is no greater sacrifice than this. My sincere hope is that their sacrifice is never forgotten.

You can buy LZ Bingo, either straight from the manufacturer, or from Amazon. Here are links to both.

LZ Bingo on Bookbaby (the manufacturer)