Latitude and longitude (lat/long) are used to express location. The lat/long global grid consists of imaginary lines running both east and west around the earth, and north and south, from pole to pole. 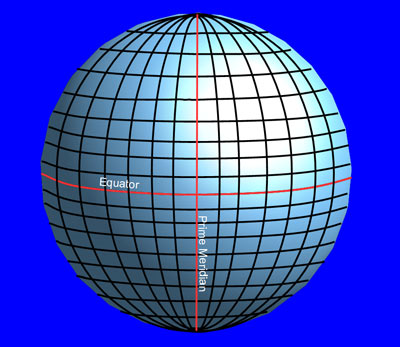 Also called parallels, latitude lines run east and west, and are simply imaginary rings around the earth that lie parallel to one another. 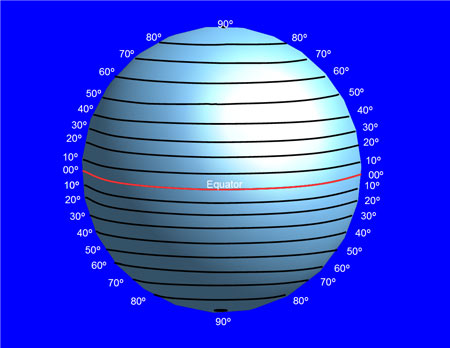 Since latitude lines are parallel to one another, the distance between them remains constant. Parallels of latitude when shown on a map can be used therefore to determine distance on the earth, as follows: 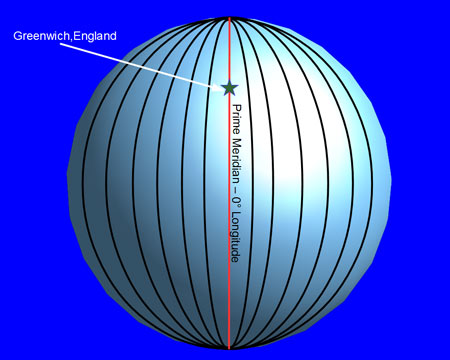 Each longitude line is assigned a numerical value, beginning with 0 degrees at the Prime Meridian--the main longitude line, which runs through Greenwich, England--and increasing to a maximum of 180 to the East, and 180 degrees to the West, thereby covering the entire 360 degrees of the Earth. 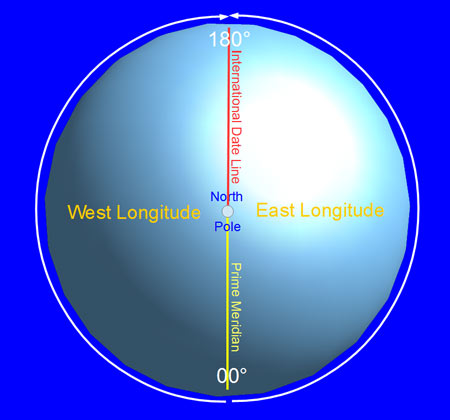 Geographic Coordinates -- Any spot on the earth can be identified by a latitude and longitude value. This page explains how.

Return from Latitude and Longitude to Home