Terrain features of elevation and relief can be depicted by contour lines. There are 10 such features you need to know about. Once you're familiar with these features and what they're called, you can begin to study your topo map and try to picture in your mind's eye the shape of the terrain. It takes some practice, but after a while you can get good at it.

Below, these features are described and depicted. The illustrations of the various terrain features are attributed to the U.S. government, Army Field Manual 21- 25.

Ridgeline -- The most basic terrain feature is the ridgeline. Not to be confused with a ridge, a ridgeline is a line of high ground with lower elevations on both sides.

Hill -- A hill is simply a high-ground area. Notice how the contour lines depict a three-dimensional hill in two dimensions.

Saddle -- A saddle is an area between two hills where the ground goes up on two sides and down on two sides. This is sometimes called a pass, or a col.

Valley -- A valley is low ground between higher areas.  The Vs and Us of a valley's contour lines point to higher ground. Often a valley contains a water course. A canyon is similar to a valley, but is essentially a trench made by flowing water, and is usually more narrow and steeper than a valley.

Depression -- A depression is a sinkhole or other low point on the terrain. The contour lines of a depression have stubby lines pointing to lower ground.

Draw -- Sometimes called a "re-entrant," a draw is a small valley. As with a valley, the Vs and Us of a draw's contour lines point to higher ground.

Spur -- A spur is sloping high ground, often extending out from a ridge. As with a ridge, the Vs and Us of a spur's contour lines point to lower ground. 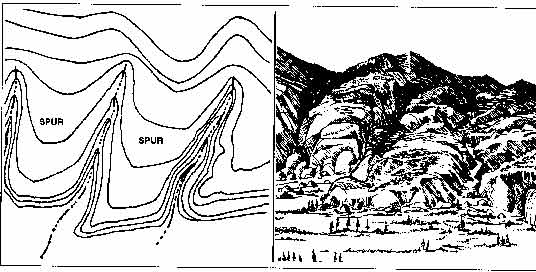 Cliff -- A cliff is a vertical or almost vertical drop-off, a feature which a topo map indicates by converging, or nearly converging, contour lines. 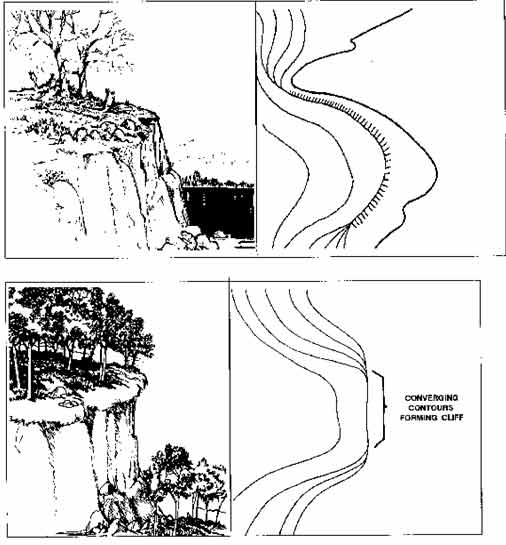 Cuts and Fills -- A cut is a man-made cut through high ground. A fill is a man-made fill of a low area. The stubby lines, or tick marks, of a cut begin at the cut, and point toward the center of the feature, usually a railroad track or a roadbed. The stubby lines of a fill extend from the fill outward toward lower ground.

Three Classes of Terrain Features -- According to the US Army, terrain features are divided into three categories: major, minor, and supplementary.

Return from Terrain Features to Home 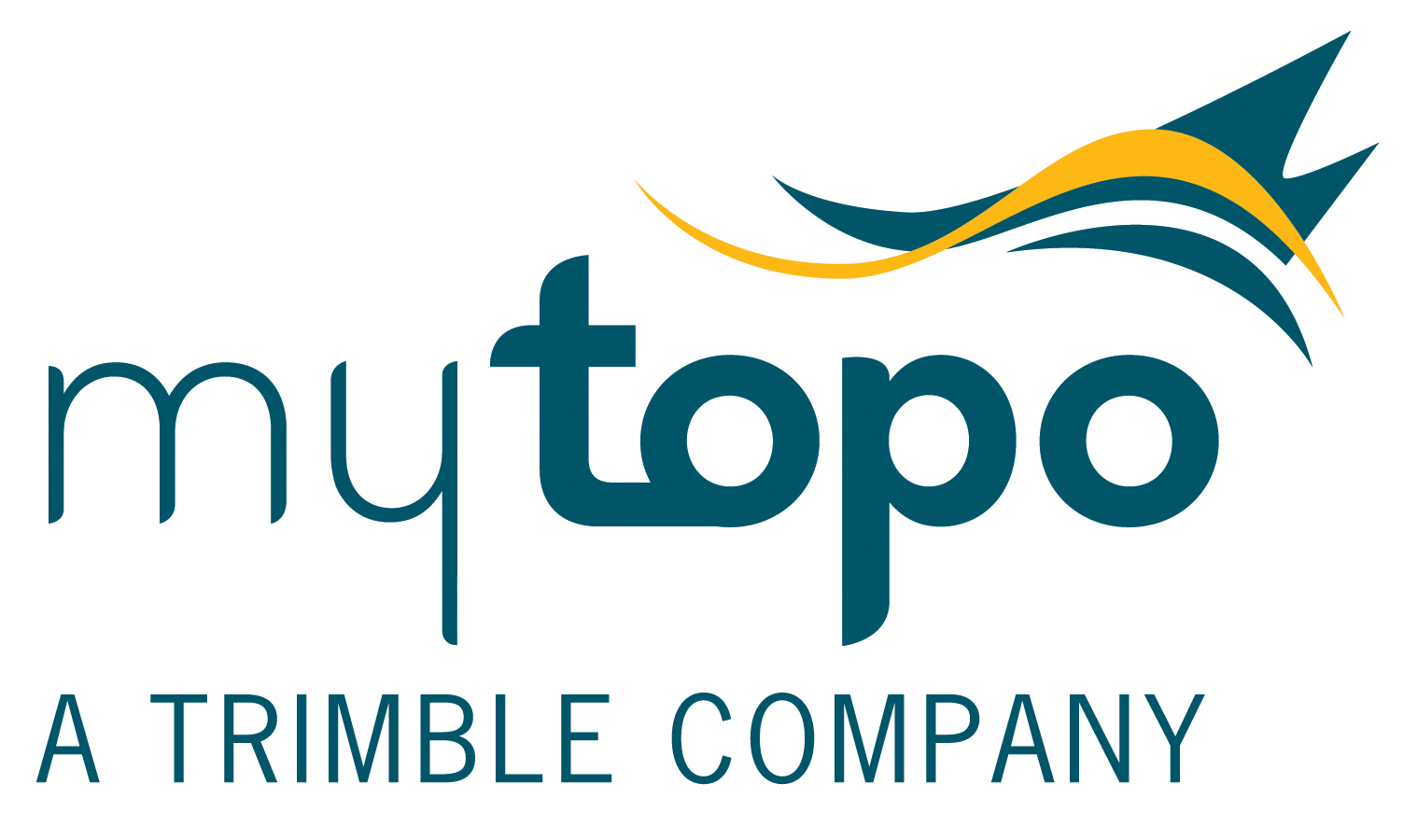