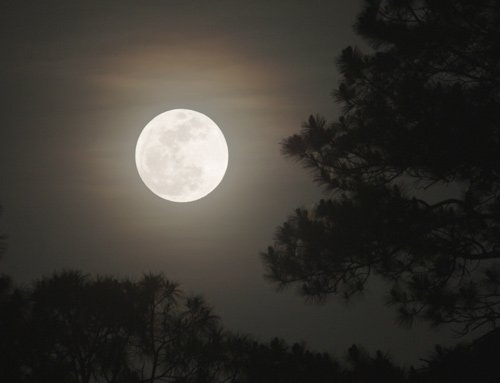 Besides Being Beautiful, the Moon Can Help You Find Your Way

The moon--located about 240 thousand miles from earth--completes its lunar cycle about once a month. In other words, it orbits the earth approximately once each 30 days. At all times throughout its orbit, half of the moon is ALWAYS lit by our gigantic sun, located some 93 million miles away. How much of the moon's sunlit half we see here on earth depends on the moon's changing position in relation to the sun and the earth.

When the moon is directly between the earth and the sun, we don't see any part of the sunlit half, meaning the moon is not visible to us.

As the moon begins its monthly orbit around the earth, we begin to see a tiny but waxing (growing larger) sliver of a new moon in the western sky just after sunset. 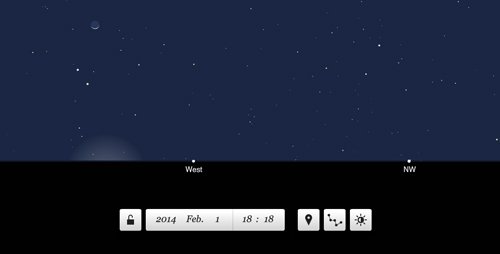 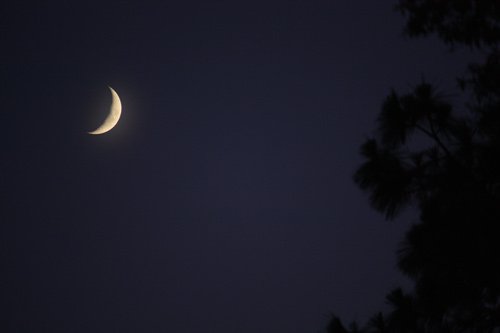 As the moon continues its orbit eastward around the earth, it slips ever farther away from the sun each day, exposing more and more of its sunlit half. Over about a week, the new moon waxes from a thin sliver into a solid half moon shape. This half moon is also called a "first-quarter moon" because the moon, now 90 degrees away from the sun, has completed one-quarter of its monthly earthly orbit.

The first-quarter moon continues to move each day farther from the sun, waxing fuller until it has reached the point in its orbit when it is on the far side of the earth from the sun. At this point, we see the entire sunlit half of the lunar sphere, that is, we see a full moon.

As the lunar cycle continues, the full moon continues its eastward drift through the skies, but past the full moon, rather than moving away from the sun, the moon now moves closer to the sun with each passing day.

The moon, which was once full, wanes (grows ever smaller) until it once again becomes a "half moon," which is really a "last-quarter" moon, meaning the moon has completed three-quarters of its monthly earthly orbit.

With the passage of days, the moon wanes into a thin sliver of an "old moon," appearing in the eastern sky just before sunrise. Finally, the moon disappears from view once more, only to begin the cycle anew. 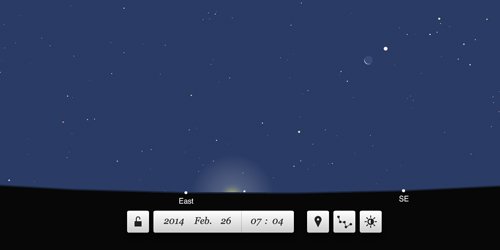 A waxing moon "trails" the sun across the sky. Remember, the moon drifts eastward through the stars each day, so if the moon is east of the sun (i.e. trailing it), it's getting farther away from the sun, and its lit half becomes continuously more exposed to us. 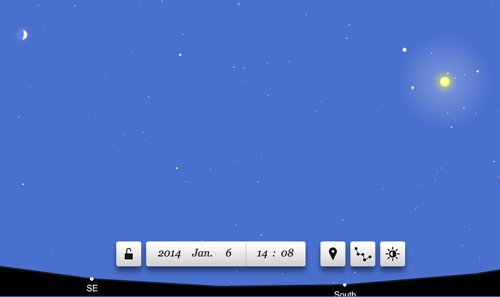 If the moon is west of the sun (i.e. "leading it"), it's moving closer to the sun, and is therefore waning.

Return from Lunar Cycle to Home