Finding north by the Northern cross is easy. Also known as the Cygnus constellation, this star grouping is visible here in the northern hemisphere from June to October. 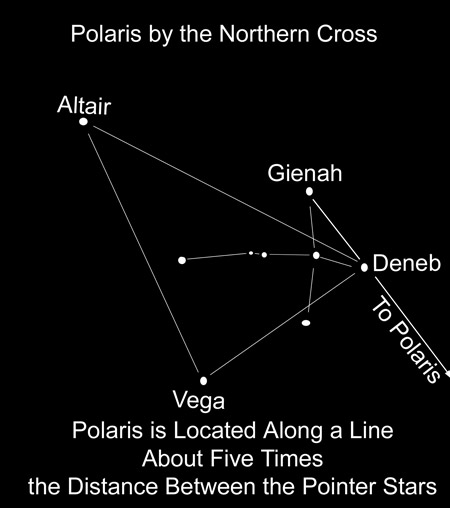 To find the Cross, look first for a star grouping known as the Summer Triangle, the corners of which are formed by three prominent stars--Vega, Deneb, and Altair.

Return from Northern Cross to Home